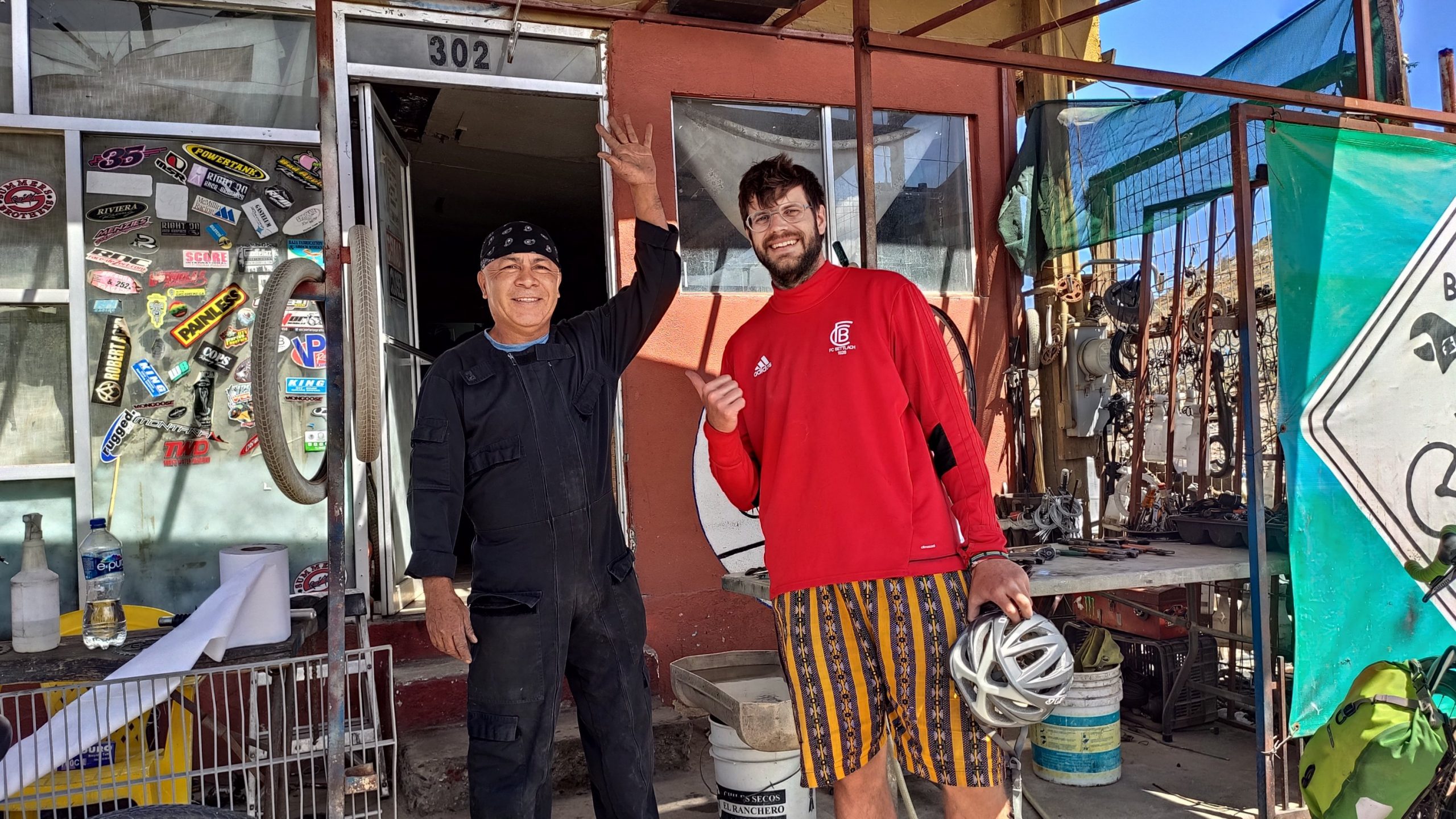 San Felipe wasn’t our favorite place to stay. Famous for its off road races, it is a noisy place with a lot of American snowbirds. When we arrived quite exhausted from the mountains, we had in mind to stay one or maximum two nights in a hotel a bit outside of the centre. First of all we were super happy to have a bed and a shower, since Anna got a bit sick in the cold, wet mountain weather. After that, Sämi went to a nearby grocery store and had another flat tire. “Shit happens”, he thought, “it could be worse…” And it came worse. After fixing the flat tire he went to the gas station to pump the tires with compressed air. There was no display and the back wheel got a bit too much air, which led to a little crack on the rim. “Oh oh, not good”, he thought, especially when you have to go around 500 km to next town with a fully loaded bike. The two local bike mechanics didn’t have rims in that size, but one of them had the absolut glorious idea to let the crack weld with a little aluminium plate. And Sämi had the even more glorious feeling to follow his idea. Latest when he met the welder, a almost two meter tall rock of a man (Mike Tyson would hide from him), who said he never welded a bicycle rim but he can try, Sämi should have realized that it’s probably not the smartest idea. But well, that was the result… 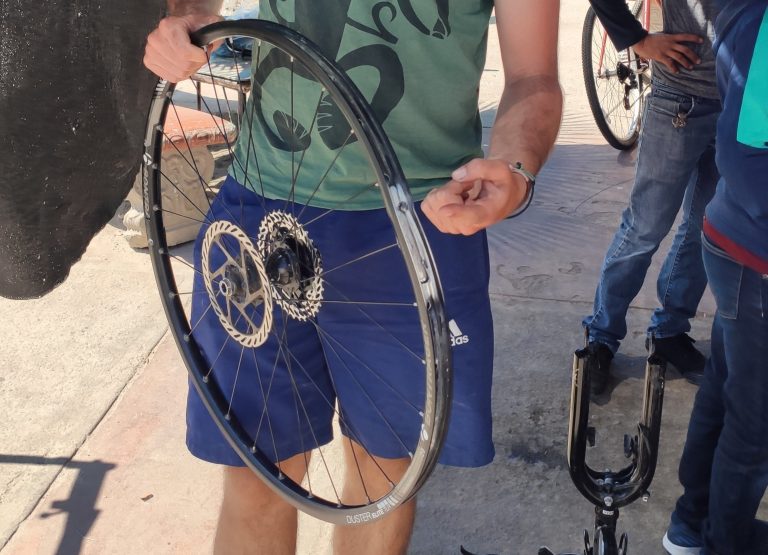 So, new rim, but from where!? We went once more to check the local bike mechanic (NOT the one who recommended to weld the rim) to check if there is no option. No luck, but he gave us some addresses from bike stores in Ensenada and Mexicali. After quite some phone calls, WhatsApp messages and facebook checks (with a lot of help from José, a local guy from the hotel, and from our Warmshower host Chema) we found a rim in Ensenada. Heureka!
The next problem to solve was now to get it to San Felipe. Chema offered us to pick it up in Ensenada and recommended me to ask in a facebook group for “Raites” (kind of carpooling) if somebody comes this way and can take it. No luck. So he figured out a guy at the bus station who went to Mexicali and who promised to give it there to the busdriver who goes to San Felipe. Since we were like 10 km outside of the centre I should just stand by the road at around 11 pm when the bus is passing and give him a sign with my white and red light from the bike. So I did. The busdriver ignored me and passed. “Damn he didn’t see me”, Sämi thought and desperately run to the reception to ask the hotel owner to follow the bus to the station. We actually catched the bus, but when Sämi asked the driver about a bicycle rim, he watched at him like he’s from behind the moon. Damn. So obviously something went wrong. As we found out later, the guy at the bus station was lying, just keen to make some money, and messed it up.
So, the whole rim searching game again… Sämi found another shop in Ensenada which had a fitting rim. This time it successfully came by “Raite”.

On the day we wanted to leave (it was Anna’s birthday and we were so excited to finally go after a week in San Felipe!) we were just about to take off when Sämi had another flat tire. He fixed it and finally we left. After around 3 km, Sämi’s tire was flat again! Our patience (especially Anna’s) was used up. Luckily, there was an ice cream place just nearby. So while Sämi went once more to Daniel, our local bike mechanic hero, Anna was calming down with a tasty ice cream

Daniel was just smiling when Sämi came around the corner with the flat tire and a can of beer. We figured out that the problem of the ongoing flat tires came from the rim tape. Daniel changed it and since then Sämi is free of flat tires…

Btw from Anna: In this week in San Felipe, Sämi was also beaten by a sting ray. I told him : ,,Sämi be careful when you go to swim because there is many sting rays. And he said to me: ,,Ja, ja… (you know that face of the selfconfident man like – you woman always see a trouble everywhere 🙂 And then I did not see a trouble – I had more unique view.. 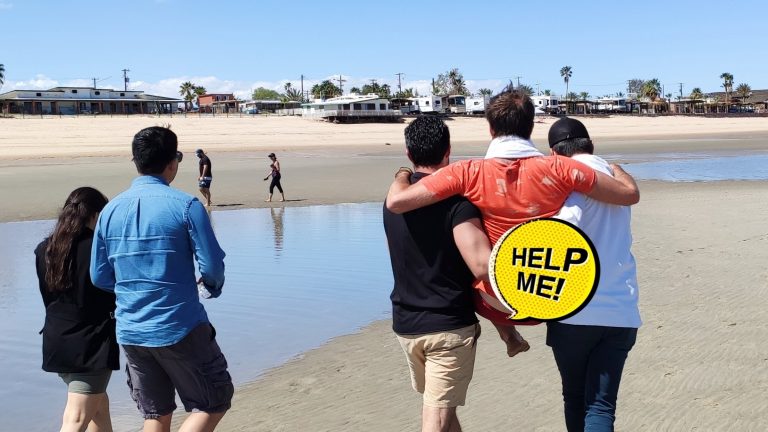 I was happy that there was a very friendly Mexican family who helped carrying Sämi from the beach to the hospital, where he got an injection and they sent him home and told him to keep the foot in warm water .-)

Transfer with bikes from Switzerland to LA