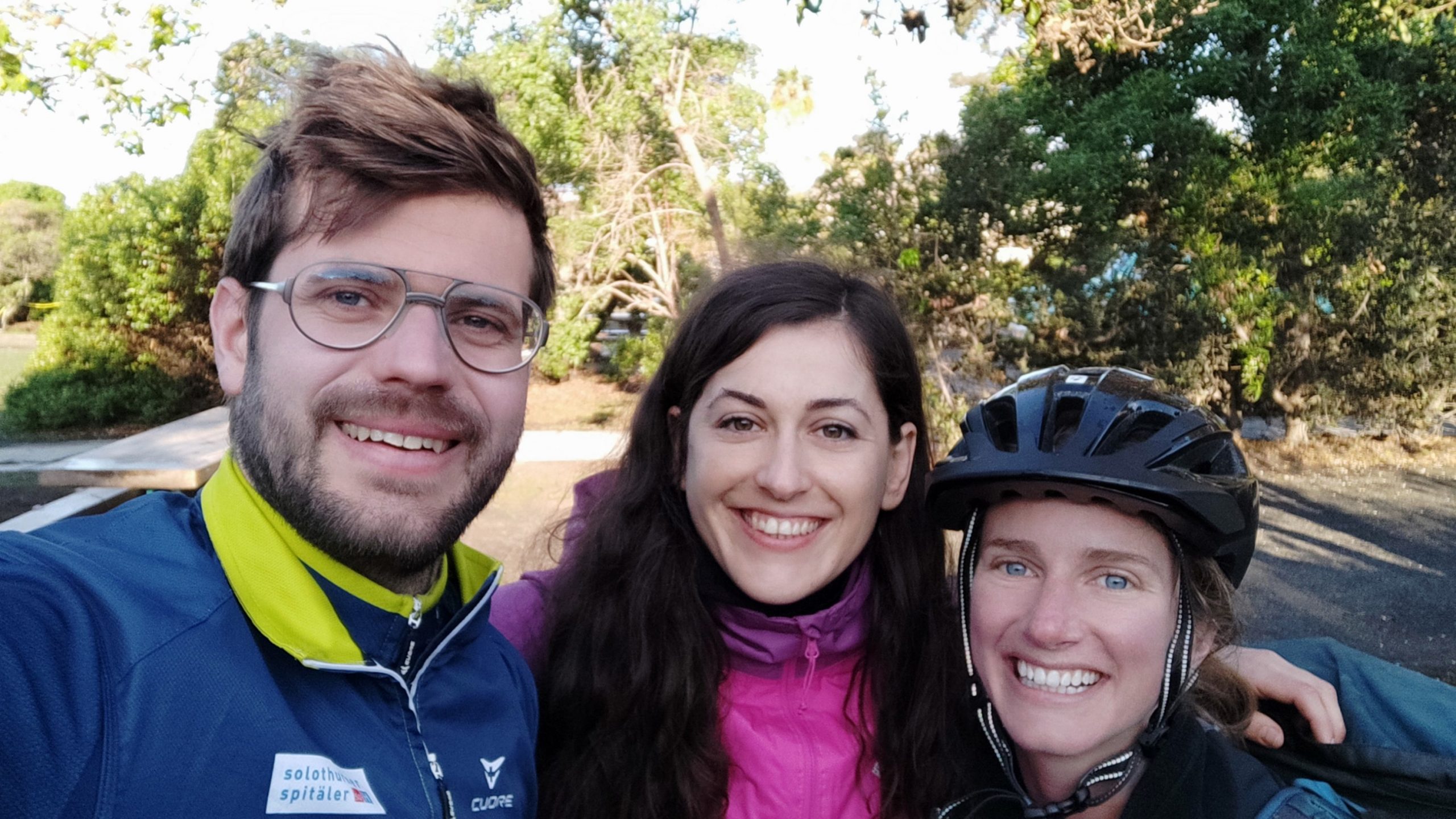 Bike-friendly subway, beautiful spacious coastal bike paths, strong biking community and a lot of active people. This is how bike touring under the California sunshine looks like.

Our Latin-America bike touring adventure started at the US West coast in the city of dreams, Los Angeles. For us it was a bit disappointment. A lot of homeless, a lot of junkies, bad food. It was all kind of broken. Cars everywhere. But of course, you can find some nice parts. Exploring Los Angeles by bikes is kind of easy. They have nice bike paths around the coast and where bike can not go, bike-friendly subway goes. Cultural and historical possibilities in LA are also incredible, the same the street art. And Anna`s friend George was fun, it was joy to stay at his place in downtown. Check his art here.

After a couple of days checking out Santa Monica, Hollywood, Downtown and some galleries and museums, we were very excited to start biking and going South. The time we spent riding bikes together before this trip was very limited. So, the expected daily distances, butt pain and the pace of unexpected hunger attacks were pretty unknown. 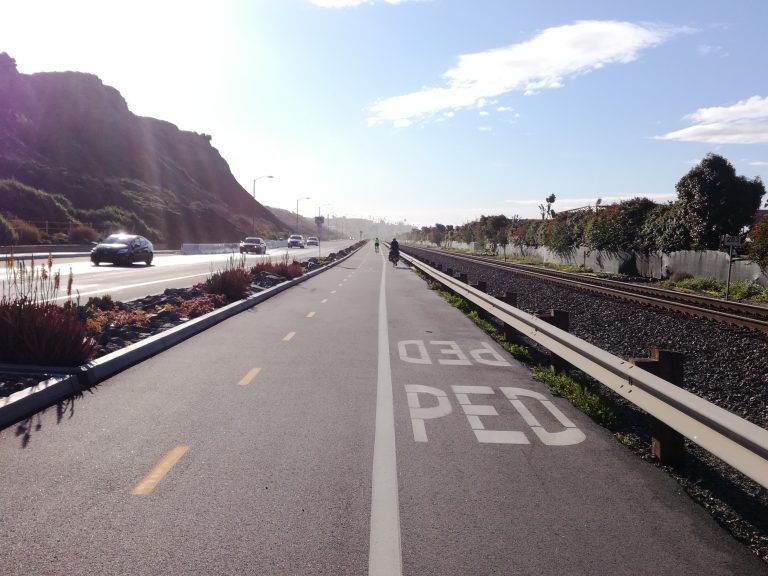 About the last point, I think it took us like 3 km until Anna discovered an Indian Restaurant. It was our first official food stop while biking

However, the first days, which we spent mainly on Highway 1 are in very good memories. The road is pretty biker friendly and often we were riding our bikes directly on the boulevard near the beach. Official camping sites you can find every 50 kilometers. They are relatively cheap and also safe.  California coastal bike paths are cycling paradise.

We met super friendly people. First was bike-tourer – Karen. She biked solo from San Francisco to San Diego in 9 days. We woke up at the same time, but she was already packed till we were still drinking our coffee:) Second day we met Bobby. This 70 years old digital nomad shared his camping spot (and his coffee) with us. The third day, we met Nancy and Mike, a forever young biking couple who invited us to stay a night at their home in San Diego. I think this ultra fast biking couple gave Anna (half of their age younger) a lot of motivation to bike faster 🙂

Last night in USA we decided to spend in one of the bike-friendly San Diego hostels. Regular price for double room is around 40 dollars. If you are looking for something cheaper – you can find there also a lot of warmshowers or couchsurfers. Of course we made short cycling sightseeing, we visited beautiful botanical garden. And in the evening – big surprise – we were exploring local cuisine, culture and breweries and fine wines 🙂 San Diego is very nice green city with a bit more latin influence. We definitely like it much more than Los Angeles so if you will have change, give it a try.

From San Diego to Mexican border is only couple of kilometers biking and you can read about border crossing in our next post. But, if you think, that this was the end of our bike touring under the California sunshine, you are completely wrong. That was just a beginning. 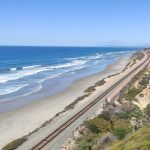 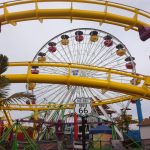 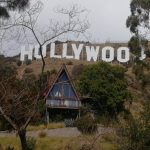 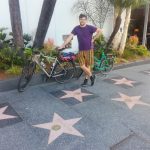 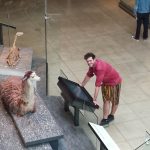 Biker in modern gallery in LA 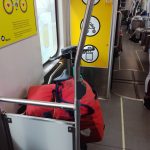 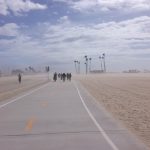 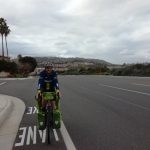 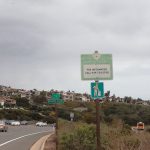 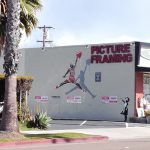 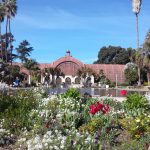 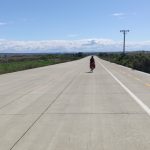 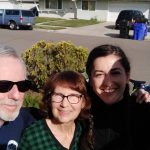