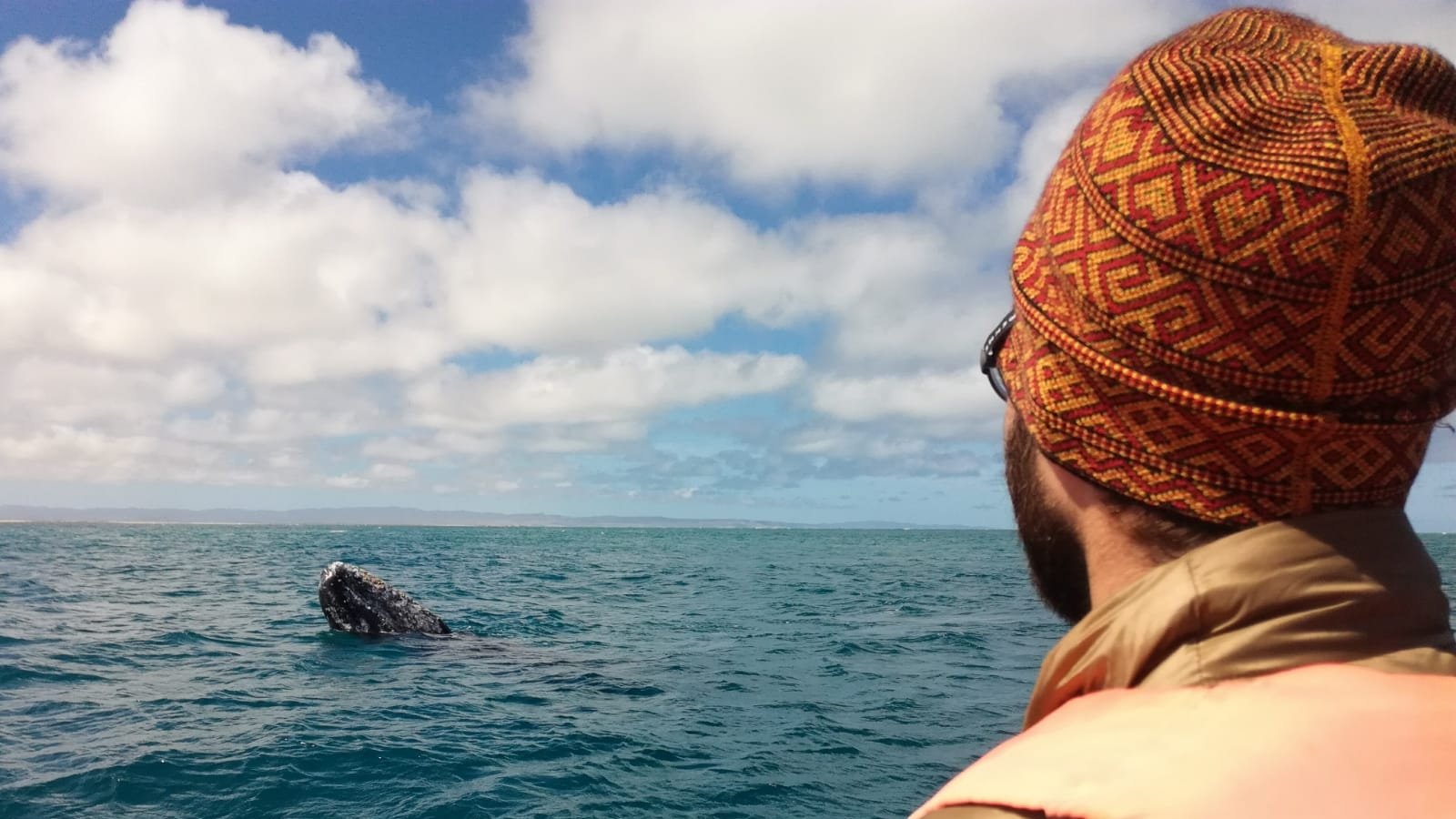 Since we “lost” one week in San Felipe and we wanted to see the gray whales in the Laguna Ojo de Liebre, which are leaving by the end of March, we had to somehow speed our journey up. There is no public transport on the highway 5 going south from San Felipe, so we tried to hitchhike. We didn’t expect that it will be so easy. Maybe the third car, which passed us was a pickup, and an older Mexican took us until Puertecitos, which was the perfect spot to celebrate Anna’s birthday in the natural hot springs under the clear sky

The next day we hitchhiked the remaining 300 km to Guerrero Negro in two parts. The first part we could ride again with a pickup and then we had the luck that two Mexican truckers were so friendly to take us directly to a campground in Guerrero Negro that offered whale watching as well. We were super happy that we made it and also that they still offered tours. In advance we were a bit worried that due the end of the whale season and the upcoming Covid, there were no more tours.

The whale watching was absolutely amazing!
Every year, thousands of pregnant whale mamas travel along the coast from Alaska to the protected waters of different lagoons in Baja California Sur to give birth to one calf. The calves are born in December/January. Until they are big and strong enough for the long journey back to Alaska they stay in the Lagoon. We experienced that the babies as well as the mothers are very curious and playful. They come close to the small boat sometimes it is even possible to touch them. We didn’t feel like invading into their territory since they approached the boat and not the boat approached them. An absolutely unique experience!